In relationships where the thrill is gone, it’s far from wine and roses. Instead, many will spend hundreds of dollars on products and services to catch their mates in acts of infidelity.

As Valentine’s Day approaches, Allen Walton prepares for sales to spike at SpyGuySecurity.com, his online store in Dallas that sells spy cameras and other surveillance devices. His average sales go up at least 20 percent in the couple of weeks leading up to Valentine’s Day and shortly after the holiday, he said, as people suspicious their mate is cheating invest in gadgets like spy cameras to verify their hunches.

Among his hottest-selling items this year are GPS trackers — tiny devices the size of a deck of cards that can be hidden inside a car or under a bumper. Using a mobile phone, the owners of the gadgets can log in and see exactly where a lover’s car is going.

“When I take a customer’s phone call, I’m half salesman, half therapist,” said Walton. “They have no one to talk to about this kind of thing. They have to get it off their chest and find the best product for what they need.”

Many Americans shop for roses and chocolate hearts this time of year, with the average celebrant who splurges for a dinner out, a bottle of champagne, a heart-shaped box of chocolates, a dozen long-stemmed roses and princess-cut diamond earrings spending $512.02, according to Bankrate’s Be My Valentine Index for 2016.

But in relationships where the thrill is gone, it’s far from wine and roses. Worried that a spouse or significant other is cheating, many people spend hundreds of dollars on products and services that help them catch their mates in acts of infidelity. The businesses that assist them with their detective work — from those selling surveillance devices to private investigations firms — often see an uptick in business this time of year.

“It’s interesting there is this business of infidelity discovery, and that people in marriages or relationships that are challenged in some way would turn to an agency or piece of technology rather than their love sitting across the table from them for a solution,” said Trish McDermott, founder of Encore Dating, a business in the San Francisco Bay area that helps customers rebuild their lives after divorce.

“You’re more likely to get a better outcome with a frank conversation. Communication is the key to all relationships — even relationships ending.”

That may be so, but many people default to other means of figuring out if their mate is untrue. Maria Coder said she sees a spike in traffic every February on her New York City-based website, InvestiDate. Through the site, founded in 2012, she offers classes to help people check out a potential mate, such as “Wolf in Sheep’s Clothing 101” and “Are You Dating an A*S?”

One reason people tend to focus more on their suspicions around Valentine’s Day, she believes, is that all of the fanfare around romance tends to make it more apparent when a mate is less than enthusiastic.

“The focus is on love, and people do start to look around and compare themselves and say, `How is this person I love or have a relationship with treating me on Valentine’s Day versus how are other people treating the people they love?'” said Coder, who is also author of the book “InvestiDate: How to Investigate Your Date.”

“It’s not so much like keeping up with the Joneses but looking to see what is the standard, and if the person you’re with is living up to the standard.”

Often, Valentine’s Day carries more significance for women than men, say vendors in the space — and they can be the biggest consumers of investigatory products and services around the holiday. About 60 percent of Walton’s customers this time of year are female, compared to the rest of the year, when the purchases at SpyGuySecurity.com are divided equally between men and women, he said.

Many customers of both sexes, fearful their purchases will be detected, are just as surreptitious as their sneaky spouses. They insist on paying with gift cards they’ve bought with cash, Walton said — even though a generic electronics company name would appear on their credit card statement if they made a purchase that way, he said — and often have purchases delivered somewhere other than their home in the nondescript packages he sends.

At GlobalIntelConsultants.com, a full-service private investigations firm with 25 investigators based in Boca Raton, Florida, assistant director Efrat Cohen says she, too, sees more business at this time of year, though cheating is a year-round phenomenon. She also has offices in West Orange, New Jersey, and New York City.

“Right now there’s a whole big spike in women cheating more than men,” said Cohen. “A lot of women are bored. And a lot of them have money where they can just sit home. They end up with the personal trainer or the pool boy. It sounds completely ridiculous, because it is like the movies, where you see the wife going to the gym and finding a trainer, but we see that over and over again. It doesn’t shock us anymore.”

But it’s not just stay-at-home spouses who are cheating, she added. More women are meeting men through their work, too — “just like the husband used to do the typical secretary thing,” she said.

“They are becoming so much more powerful, so that gives them more opportunity,” she said.

To catch cheaters, Cohen’s firm relies on old-fashioned detective work, in combination with modern technology. “You become their shadow without them knowing,” she said. “We take videos of every movement they make.”

Around Valentine’s Day weekend, many cheaters take a couple of days’ vacation with a lover, in the guise of attending a business conference, Cohen said. Her investigators will sometimes surreptitiously trail an unfaithful spouse on an airplane flight to meet a lover in Las Vegas or somewhere else or, if the spurned spouse knows where they are going, show up at the hotel.

“Most of the time, the wife wants to catch the husband, just for the knowledge she’s right in her suspicion,” said Cohen.

Walton, who worked in another spy shop before starting his own, has encountered his own share of sad stories from people who have taken the DIY approach to investigating a cheating spouse.

One customer bought a GPS tracker with an extended battery pack after she suspected her husband, a surgeon, of having an affair. Through the device, she discovered he was driving down the street to an apartment complex with nothing else around and confronted him. “She found out he had an apartment there for the past six months and was taking nurses from the hospital there,” said Walton.

Another customer bought a hidden camera and put it in his living room, said Walton. “He found out when he was traveling out of town that his wife had been bringing home guys she found on Craigslist,” he said.

No matter what customers suspect, Walton has learned to give them one piece of advice: “If their gut is telling them something is wrong, they are usually right,” he said.

— By Elaine Pofeldt, special to CNBC 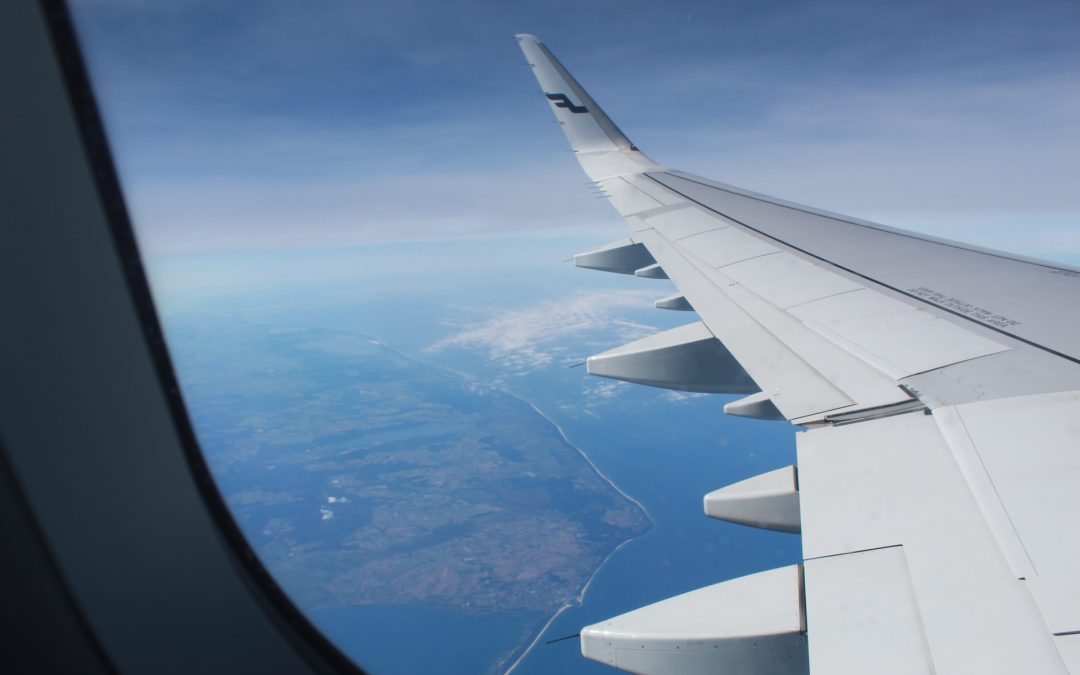 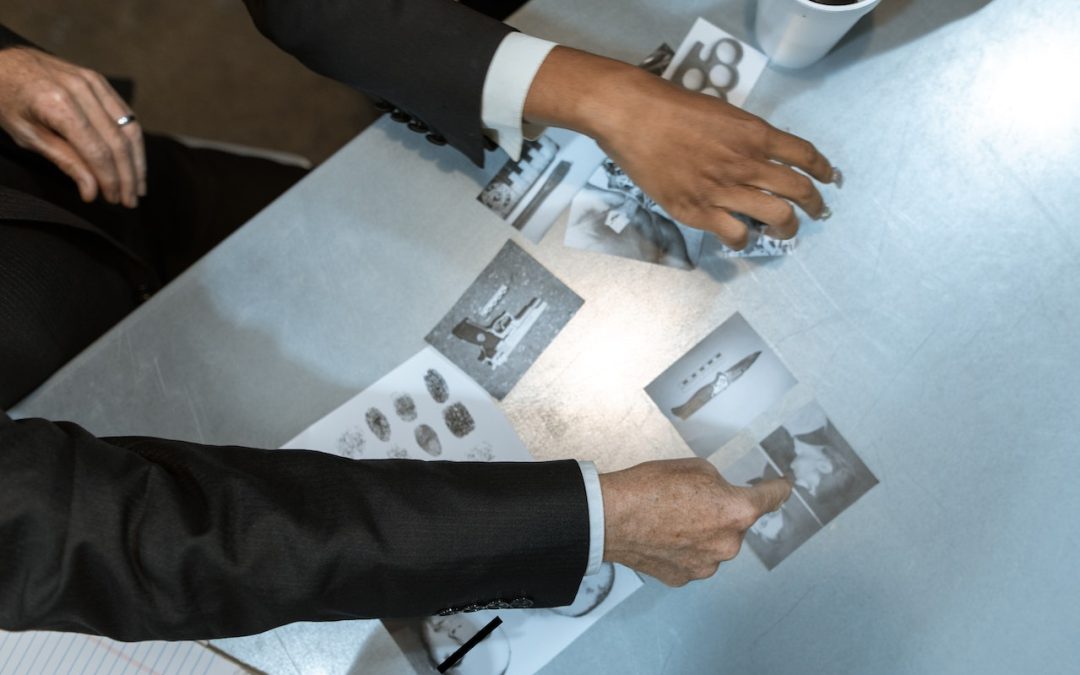 How to Hire a Detective: Different and Best Ways to Do It

Certain situations require the expertise of a private detective. For example, you need to look into potential threats to your business, investigate criminal activity, or uncover evidence for a case. Now, when you hire a detective, you need to find someone with the...