Greg Rodriguez spent twenty-seven years as a Special Agent with the FBI, starting his FBI career in Chicago in 1974. After an almost twenty-year assignment in Chicago, Mr. Rodriguez was also assigned to Puerto Rico, San Antonio and finally, for the last five years of his career, was assigned to the U.S. Embassy in Mexico City, assigned as an Assistant Legal Attaché in the Guadalajara United Consulate. Mr. Rodriguez retired in the year 2000 but remained in Guadalajara and served as the Director of Security for a two-year period at the Honda Plant.

From 2001 to 2015, Mr. Rodriguez was a principal Police Instructor in Mexico for the United States Department of State where he conducted Police training to all Police Agencies in Mexico. In 2003, Mr. Rodriguez was part of the Rudy Giuliani group which assisted the Mexico City Police Department improve the Security situation there much as Mr. Giuliani had done in New York City while he was the mayor. 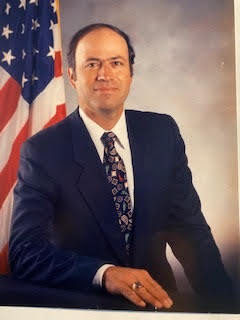